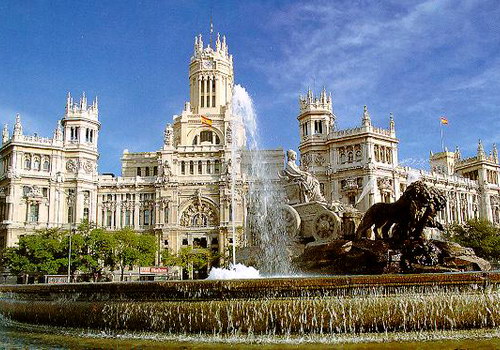 The main attractions of Florence 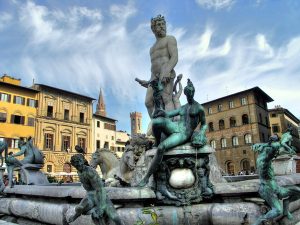 Italy is a country where every corner breathes with history and antiquities. And if you are going to visit this country, then you will need a lot of time to get acquainted with all the sights of the cities of this amazing country. Today we will talk about a city like Florence.
This city is located on the Arno River, in the Tuscany region. Florence is considered to be the birthplace of the Italian Renaissance. Most of the tourists, this city attracts with its picturesque views, which, like an aura, surrounds Florence. Such famous personalities as Boccaccio, Dante, Leonardo da Vinci and many others lived in the walls of this city and many others whose names have not been able to tell the story to this day. In this city there are a large number of attractions, but the main, after all, are its ancient museums.
One of the largest and most important museums not only in Italy, but also in the whole continent, is the Uffizi Gallery. The building dates back to the 16th century and now houses one of the largest museums of European art.
The gallery displays works of famous Italian artists such as Leonardo da Vinci, Raphael, Sandro Botticelli, Piero della Francesca, Titian and others. There are also many samples of French, German, Spanish and ancient art.
In addition to the museums in Florence, their squares, cathedrals and palaces are also distinguished.
The main square of Florence, Piazza Signoria, is L-shaped and is known to tourists for its numerous sculptures. Here you can see the work of Michelangelo – the famous statue of “David”, the sculptural ensemble “Judith with the head of Holofernes” Donatello and many other creations that captivate the attention and spirit of the tourists. At the time when Florence was a republic, this square was the center of the cultural and political life of the inhabitants of the city.
You can not ignore the Cathedral of Santa Maria del Fiore. This cathedral looks unusually elegant, whose architectural forms are breathtaking at first glance. Residents of Florence rightly consider their cathedral the most beautiful in the country.
If you are in Florence for a visit, you should also visit the Palazzo Medici Ricardi Palace, which was the family estate of the Medici family. This building is considered the very first building in the city relating to the early Renaissance. Currently, this building houses the Ricardian Library.
Among the most famous palaces of the European continent is the Palace of the Palazzo Vecchio, which is located on the Piazza della Signoria, and now serves as a town hall. This ancient building was built at the end of the XIII century and played the role of a government building.
Among its interior spaces, the “Hall of the Elements”, “Hall of the Lion” and “Hall of Five Hundreds” should be noted, which still attract the attention of tourists with their unique and elegant look. In these halls you can see many works of art of those times.