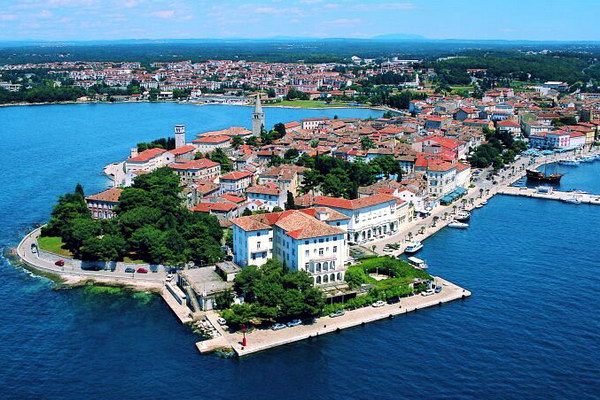 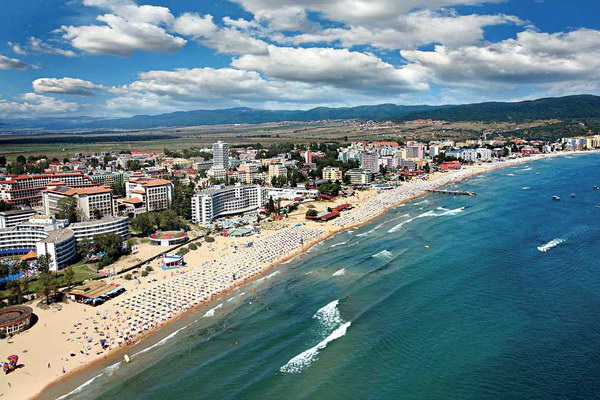 Bulgaria is a land of sun, sea and mountains 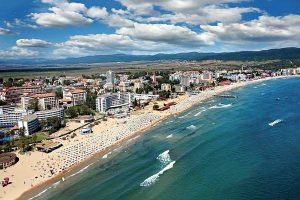 Sofia, the capital of Bulgaria, is one of the oldest cities in the European continent. The age of Sofia is more than 3000 years old. But although the capital has a respectable age, but very few monuments of antiquity have been preserved here. In those ancient times, the Roman emperor Constantine, who proclaimed Christianity the official religion of the Roman Empire, was about to transfer the capital to Serdica — this is the ancient name of Sofia. Bulgaria is an Orthodox Christian country with a rich history. On its territory there are many ancient temples and monasteries.
Now Sofia represents a certain monument of Russia, where most of the squares, central streets and monuments of the city are named after her. So Bulgaria expressed its gratitude to Russia for the liberation from the power of the Ottoman Empire during the Russian-Turkish war.
Visiting Sofia, you should definitely see such monuments as the Cathedral of Sts. George, Alexander Nevsky Cathedral, which was built in honor of the twenty thousand Russian soldiers killed in the struggle for the liberation of Bulgaria from the Turkish yoke, and the ruins of the Cathedral of Sts. Sophia. Do not go around with your attention and the mosque of Buyul Jamia of the XV century, which recalls the rule of the Ottoman Empire.
Church of St. Sophia. This church is considered the main temple of the Bulgarian capital. Thanks to this temple, the capital got its name. The church was built by order of the Roman emperor Constantine the Great.
Hagia Sophia
Sozopol. In place of this small town once was a Greek colony called Apollonia. Sozopol is located on a small picturesque peninsula. He gained his fame thanks to his traditional Bulgarian architecture. The first floors of the buildings are made of stone, and the second ones are made of wood. Quite a large number of tourists visit this city, but despite this, the city remains a quiet and cozy place.
Rila Monastery. This Orthodox monastery is the main place of pilgrimage on the Balkan Peninsula. The monastery was founded in the distant X century. Pilgrims come here to worship the relics of St. John of Rila, which is most revered by the people of Bulgaria. On the territory of the monastery is equipped with a small hotel with guest rooms, where pilgrims can spend the night.
Black Sea resorts in Bulgaria
Bulgarian Riviera. Previously, it was called the “Red Riviera”. But it is worth noting the fact that the beaches at this resort are no worse than Egypt or Turkey, but the prices here are much lower, which many European tourists recently understood and began to pay more attention to them.
Bankya. This resort is one of the most popular resorts in Bulgaria. It is located 17 kilometers from Sofia, in the middle of wooded valleys, picturesque mountains and healing hot springs. The resort has a number of health centers, where skin diseases and diseases of the cardiovascular system are quickly treated. There is also a wide variety of spas.
Balchik. They usually come here for a few weeks. And if you have planned a week-long trip to Balchik, then you may not have time for a classic “seal holiday”, which consists of moving along the route “hotel – beach – the nearest bar”. Special attention is paid to the review of the residence of the Romanian Queen Maria, which should be allocated at least one day. In addition, there are many historical monuments. There are many places of entertainment, bars and restaurants, a yacht club and a golf course.
Tuzlata. Near Balchik, just 4 kilometers away, there are two estuary lakes with thermal springs and therapeutic mud. Here is built balneological center that treats diseases of the joints.
Golden Sands. This resort has existed for more than 50 years. For residents of Russia and Eastern Europe, this resort has become a real tourist Mecca. For a little money here you can relax and have fun. The resort has many wellness centers.
Varna. At the time of the Soviet Union, this resort was a dream of adults and children of this country. And if someone was lucky to be in a hospitable Varna, then no one hesitated to have fun in full. Today, the resorts of Varna have become a worthy alternative to such resorts as Sharm el-Sheikh and Antalya. For our people here and the service seems somehow familiar, and the language is clearer. In a word, such a “foreign country”, only its own, dear. In addition, it is convenient to get to such resort areas as Golden Sands and Balchik from Varna Airport.
Albena 40 km from Varna is located Albena resort complex. This resort has a mild maritime climate and wonderful natural conditions, a seven-kilometer-long beach strip washes in the warm sea with a flat sandy bottom. Between the center of the resort, hotels and the beach constantly run mini-trains. Special attention is paid at the resort to children, for them there are many attractions and various entertainment programs.