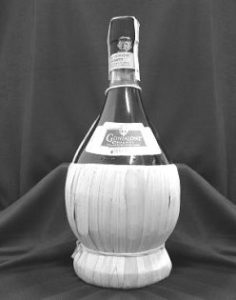 Tourism theorists predict that by 2020 one of the most popular types of tourism will be thematic, which is already actively developing1. To it can be attributed, and tourist programs associated with visiting places of production of various wines2. But this tourist product is not yet widely represented on the Russian tourist market, so it seems interesting and informative to consider the possibility of developing such tours. To do this, it is necessary to analyze the tourist resources of the region. A number of European countries were chosen as such a region: France, Italy, Spain, Germany, Portugal, Cyprus, Greece and Austria. This is due to several reasons. Firstly, according to research, Europe is the leading region in terms of the number of tourists visiting: it is here that a huge number of cultural and historical monuments are concentrated, and in addition, the service industry is at a high level3.
Secondly, historically, due to geographical, climatic, ecological, cultural and political conditions, Europe is the world’s largest producer and exporter of high-quality wines. Tourists in this region are attracted not only by European cuisine, but also by wines, as well as numerous tastings and national holidays associated with the harvest of grapes. Thus, tourism and production of products extracted from sunny berries, in aggregate, constitute a very significant item of income in the budget of France, Italy, Spain, Germany, Portugal, Greece, Austria.
Many wines are subject to almost prohibitive duties, and therefore they can be tried only directly in Europe, where there is a whole cult of wine with its own characteristics and ritual of consumption.
Wine has long been considered the gift of the gods. This thought runs like a thread through the entire mythology of the Mediterranean civilization.
It is thanks to the “divine origin” that the ancient healers used wine in pharmacology and prepared various medicines based on it. In addition, this drink was prescribed to convalescent people to recuperate. In ancient Greece, Hippocrates recommended the use of the therapeutic properties of wine against many diseases.
Modern science also confirms the beneficial, strengthening effect of natural wine on the body of an adult, if it is, of course, used in reasonable quantities.
Consider, for example, the most popular wines of these European countries and related legends, historical facts and events that can be successfully taken into account when developing thematic tourist routes.
According to one of the legends, winemaking was invented in Europe on the island of Cyprus. Even King Solomon in the “Song of Songs” glorified Cypriot grapes, and Strabo wrote that Cypriot wine is the best in the world. According to legend, the grape press invented and presented Apollo to the Cypriots, Aphrodite planted the vine, and the first winegrower of the island became her lover. Then the story developed as follows: Theseus, who won the Minotaur, took with him Ariadne and sailed to Athens. But a storm broke out on the way, and their ship took refuge in the bay of Amathus. Here Ariadne gave birth to two sons, they were named Stafylos (in honor of the main variety of Cypriot grapes) and Oenopion (a variety of main wine). They founded wine production in Cyprus, which is still flourishing under the trademarks of KEO and ETKO. Now thousands of taverns beckon tired travelers to sit in the bleached cool and taste the tart fragrant drink4. The most popular Cypriot wines today are: Chardonnay, Sauvignon Blanc, Semillon, Riesling (white), Cabernet Sauvignon, Cabernet Franc, Grenache, Carignan Noir (red), etc.
In September, the Cyprus Wine Festival is held, which lasts 10 days. It is held by the municipality of Limassol, the largest wine-making center in Cyprus, in the municipal garden 5. For tourists in Cyprus, developed special wine routes: three in the vicinity of Limassol and one – in the Paphos region. In 2001, the Wine Museum (in Erimi) opened on the island, where you can try all kinds of wine brands produced in Cyprus. After tasting, you can also buy your favorite wines here6.
Known to the whole world and Greek wines – Hyos, lesbian, fasos and Rhodes. There is a winery on the island of Rhodes, where they organize excursions for tourists and offer to buy local wines at their cost (an average of $ 2-3 per bottle) 7.
Let’s move now to another Mediterranean country – Italy, where there is a special relationship between wine, the culture of the people who made it and the character of those who live on this land8.
Take the inhabitants of Tuscany, whom their great compatriot Dante accused of frivolity and cockiness, but others praised for subtlety in judgment, wit, and resourcefulness. Tuscan hills give just light, sparkling wine, not very resistant. The most famous of them in the world is “chianti”, which has gained fame, including due to successful marketing: there is a recognizable, bellied bottle that is woven with straw everywhere.