The main attractions of GenoaItaly is well known to a wide range of tourists. Every year this country is visited by millions of tourists and travelers. In this article we will talk about one… 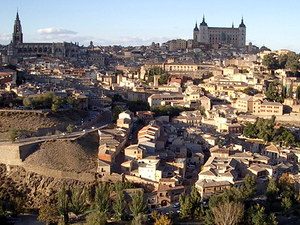 In the southern part of the Iberian Peninsula is located the most fun region of Spain. Long since this area has attracted many tourists for its holidays and traditions. They say that here is the longest and hot summer, and the warmest sea.
The second largest autonomous region of Spain, Andalusia, is located on the southernmost part of the country and is washed by the waters of the Mediterranean Sea and the Atlantic Ocean, which are interconnected by the Strait of Gibraltar. In the north, Andalusia is bordered by areas such as Castilla La Manchia and Extremadura, in the east with Murcia, and in the west with Portugal.
The landscape of Andalusia is amazing and diverse. Fertile plains alternate here with almost inaccessible cliffs, the deserted Almeria is opposed to the marshlands of Cadiz. This is the only area in Spain where the hot climate of the Mediterranean Sea is adjacent to the cold of the Alpine peaks.
A bit of history. For millennia, tribes, monarchies and nations, on the territory of modern Andalusia, alternated with amazing speed. In 411, the barbarians came, in 458, the Visigoths, and in 711, they were replaced by Arabs. All of them attracted the wealth and beauty of this amazing land.
For many centuries, Andalusia developed under the influence of the Arab civilization. Spoken terms, science, art, agriculture,  from the Arabs. The Arabs brought with them a lot of innovations – windmills, water pumps, paper, a whole world of smells and tastes unknown to the local population.
Only in 1492 the city of Granada – the last stronghold of the Arabs was conquered by the Catholic Kings.
Sights and holidays in Andalusia. This is a land where numerous ancient monuments have been well preserved to this day. Here you can see the medieval fortresses and Arabian towers of the XI century, the magnificent Andalusian villages in the mountains and the majestic cathedrals. Andalusia is located in the very south of Spain and is one of the warmest regions of Europe. The Mediterranean Sea, a large number of sunny days, many beaches create ideal conditions for the development of resort tourism.
Costa del Sol. One of the most remarkable tourist areas. Here are the famous resorts such as Benalmadena, Estepona, Marbella, San Pedro de Alcantara, Torremolinos, Fuengirola. Costa del Sol is the heart and soul of Andalusia, this is the real Spain, that is what most tourists imagine. She is famous for her songs and stories, this is a bullfight and incendiary flamenco.
Translated from the Spanish Costa del Sol means “Sunny Beach” and this is true, since here the eleven months of the year the bright sun shines.
The Costa del Sol stretches for 300 kilometers, where the most expensive and prestigious resorts of Europe are located. Marbella is one of them. Here are located expensive luxury hotels, surrounded by wondrous beauty of gardens and parks. Along the coast, which is called the Golden Mile, are located private villas that belong to members of royal families, Arab sheikhs and world celebrities. Here are the casinos, golf courses and tennis, yacht clubs.
Seville This unusual and peculiar city, located on the banks of the Guadalquivir River, is the capital of Andalusia. For two hundred years, Seville had a monopoly on trade with the American colonies. To this day, traces of Andalusian culture are felt in Latin American countries, with its noisy carnivals and quiet siesta.
One of the attractions of Seville is the 93-meter minaret of the former Giralda Arab mosque, which was later turned into the bell tower of the Gothic cathedral. Also, tourists are attracted by the Golden Tower – the old bastion of the city wall, the original burial place of Christopher Columbus – the monastery of Santa Maria de las Cuevas, Open Park on the island of Cartuja. The cathedral cathedral, which was built on the site of the former mosque and is the third largest cathedral in the Christian world, is astonishing.
On the left bank of the river is the Old Town, surrounded by the remains of a wall that was built under the Arabs. In the Old Town are located such famous neighborhoods of the city as El Arenal, San Bartolome, San Vicente, Santa Cruz, San Lorenzo. The most interesting object for tourists is the historic suburb of Triana, which is located on the right bank of the river.
Maria Louise Park and Plaza of Spain. They are symbols of the city of Seville. The Plaza of Spain is surrounded by arches on which emblems of all the provinces of Spain are installed.

Posted in Andalusia, Australia, called, demand discounts, Turkey, visa
<a href="http://thisismyurl.com/downloads/easy-random-posts/" title="Easy Random Posts">Easy Random Posts</a>
less vulnerable Europe tours have famous excursions local cuisine first of all memorable places Egypt quiet siesta motives previously boarding houses physical strength attention state is declining successfully plane in advance pathology mini-clubs people in the room Travel Turkey month except significant entertainment includes a number travel agents transport communications the sun economic system wet earth is currently modern society even in a small history covered tourist visa every taste communication of people tourism in Germany tasty meal look for apartments all inclusive pubs is very incredibly
Bulgaria is a land of sun, sea and mountainsSofia, the capital of Bulgaria, is one of the oldest cities in the European continent. The age of Sofia is more than 3000 years old. But although the capital has…