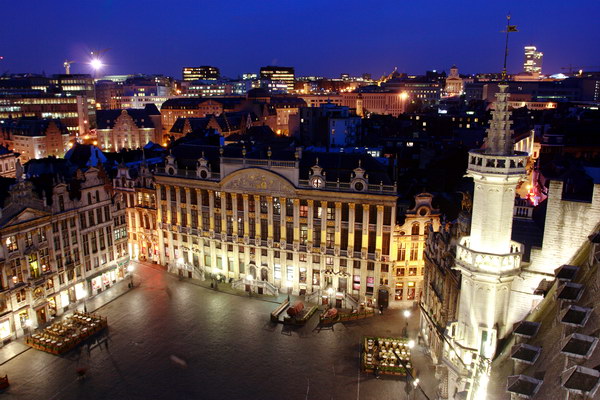 Portugal: never fading beautyThis country is feminine. They say that a woman is interested in the past, and a man - the future. It is the past that Portugal is proud and lives… 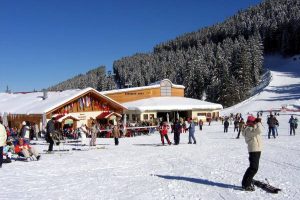 For the Russian people, the countries of Eastern Europe are close not only by geographic location. We have a long common history, language, traditions and culture with these peoples. The mutual interest of both parties never dried up, which was primarily manifested in the lively tourist contacts.The flows of Russian tourists to the neighboring former “fraternal” countries have always occupied strong places in the inbound tourism to these countries. These were health programs, excursions and sports programs. Currently, these programs have added more ski tours.
Bulgaria
Let’s start our acquaintance with a country like Bulgaria. A third of the territory of this country is occupied by mountains – the Balkan Mountains, Pirin, the Rhodopes and Rila. On these mountains there are many modern ski resorts, among which Bansko, Borovets and Pamporovo should be noted. Here you can have a great winter vacation with friends or with your family.
The resort of Bansko. This is one of the newest ski resorts, which was recently discovered by winter sports lovers. The resort is located in the south-western part of Bulgaria on the Pirin Mountains. This is a climatic mountain resort that is characterized by long winters and short summers. Snow cover here reaches a two-meter thickness. The ski season begins in mid-December and lasts until mid-April. At an altitude of 1,100 to 2,500 meters above sea level, there are six routes of varying difficulty, the total length of which is 14 kilometers. The trails are serviced by lifts and cable cars and can move about three thousand passengers for an hour. The number of guesthouses, hotels and private apartments is quite significant and can take a large number of tourists.
Bansko resort
Resort Borovets. In the century-old pine forest on the northern slopes of the Rila mountain at an altitude of 1350 meters above sea level is the resort of Borovets. This mountain resort is considered the largest and oldest winter ski resort in Bulgaria.
The ski season at the resort opens in November and ends at the end of May. The thickness of the snow cover is more than one and a half meters. The resort has all the conditions for various types of skiing. There were twice held stages of the World Cup in Alpine disciplines. The resort has 15 ski slopes with a total length of 40 km at an altitude of 1350 to 2560 meters above sea level. All routes are equipped with lifts and cable cars, which can serve more than 12 thousand passengers for one hour. Ski slopes are designed for skiers of various categories from beginners to high-class masters. Borovets ski school is considered one of the most prestigious on the European continent.
Resort Pamporovo. This resort is considered the sunniest of all Bulgarian ski resorts. It is located at an altitude of 1,650 meters above sea level in the heart of the Rhodopi Mountains at the foot of the Rhodopi peak Snejanka. The resort has created conditions for all categories of skiers. The winter is mild with significant snowfalls, and the thickness of the snow cover reaches one and a half meters. The ski season begins in Pamporovo in mid-December and ends in mid-April.
On the territory of the resort there are eight trails with a length of 17.5 kilometers. The tracks are equipped with cable cars and can serve 8.5 thousand passengers per hour.
Vitosha resort. On the territory of the national park “Aleko” there is a small ski resort. Trails are located at altitudes of 1650-2290 meters. There are five speed descents, as well as a number of gentle slopes and a four-kilometer track for beginners. The resort is located near Sofia, just thirty minutes away.
Poland
Among our tourists, ski holidays in the Polish Sudetenland or Tatra Mountains are not as popular as in neighboring Slovakia. But we draw your attention to the fact that in one of the large winter resorts of Zakopane you can have a good rest. The winter resorts of Zakopane and Korkonoshe have a well-developed tourist infrastructure, and the prices are quite comparable with the prices of the Bulgarian and Slovak resorts.
Resort Zakopane. This resort is considered the winter capital of Poland. The city is located at an altitude of 800-1000 meters above sea level. Mild climatic conditions significantly affect the duration of the ski season, which lasts here from November to May. Ski trails pass along the slopes of the peaks of Butorovy Top, Galabuvka and Nosal. The most difficult trails pass along the slopes of Kasparovy Verkh Mountain. For beginners there are tracks of varying difficulty. There is a ski school, rental stations of various equipment. In the city itself there are many hotels and pensions of various levels that can serve up to one hundred thousand tourists.